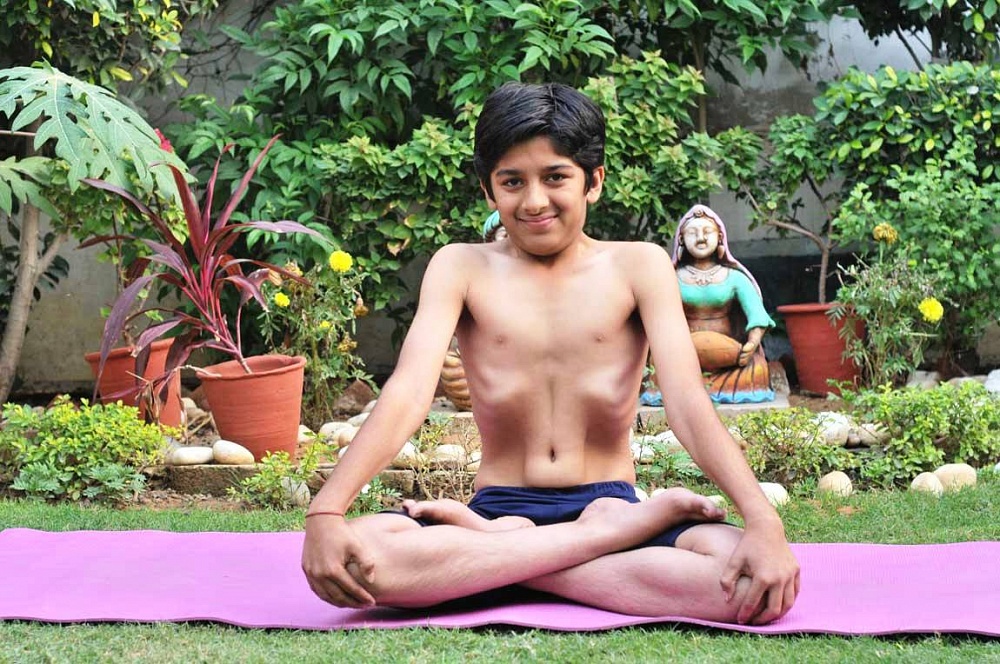 With a refreshing perspective on true meaning of Yoga and a lifelong desire for learning, Ganesh Sapkota is practicing yogasans since 2005 aged only 4 years with full enthusiasm.

He has an unquenchable thirst for learning Nero techniques from his Gurus Mr. Karunakar Ji and Mr. Dhakaram Sapkota.

At a young age of 15 years, he has been actively involved in wide spectrum of Yoga Programmes for instance Therapy Yoga, Slimming Yoga, Hatha Yoga etc. As he has a deep interest in solving health problems of people without any medicines he is also learning Sujok acupressure therapy. Ganesh has won lots of certificates which includes :

He has also won many Hasyaasan competitions organized in the city. The renowned organizations like Indian Council of Child Welfare and Help Age India have also recognised the talent of this budding yoga guru. He has a keen interest in sports and loves skating, filling colors in painting and also in the lives of others is his another passion.